Something all of us hope to instill in our students is the ability for them to take responsibility for their own learning. As musicians, independence and interdependence are inherent in virtually everything we do. As a young teacher, I found myself trying to bear the burden for student achievement somewhat disproportionately. That is, I tried to do too much for them rather than challenge them to apply their own intellect and skills. What I saw as “help” was more like a hindrance. By not equipping them adequately with the tools to self-reflect, I was actually perpetuating their stagnation. How could I lead them toward leading themselves?

When conditions are right, people are susceptible to influence, and there are observable behaviors that can help us, the teachers, as well as our student leaders, understand how to interpret and alter those conditions, and to help others begin to lead themselves. This is where the seven LEVELS OF THINKING can make a difference. As I taught these to my students, there was an immediate transformation in the responsibility they took as individuals and that contributed to a positive shift in the culture.

As each of the LEVELS OF THINKING is delineated below, you’ll find two labels for each. The first is a formal designation, and the second, in parentheses and quotes, is a common form that I would share with the students. I would refer to the levels of thinking often, particularly when there was a breakdown in concentration or when momentum was building. I encourage you to read on and to take your time. I hope you’ll find them as impactful as I.

LEVEL 1: DISENGAGEMENT (“Not thinking at all”)
Level 1 thinkers aren’t really thinking at all. They may be disinterested or distracted by things that are more immediately satisfying. They are often detached mentally (daydreaming, off-task, sleeping, or even absent) and they learn mostly through repetition and trial-and-error. They tend not to feel any social responsibility to contribute to group efforts, especially in the presence of other Level 1 thinkers. Their complacency is reinforced through association, so a key to motivating them is to surround them with those who think on higher levels. Initially, this creates a kind of social isolation for them, but it can make them susceptible to the influence of those who are more engaged.

In rehearsal: LEVEL 1 THINKERS ACHIEVE MINIMALLY, IF AT ALL.

LEVEL 2: INTERMITTENT ENGAGEMENT (“Process only SOME of the instructions”)

Level 2 thinkers are mentally engaged, but only sporadically. They are motivated not by a desire to learn as much as to earn rewards and avoid consequences. Their inability to achieve is not necessarily due to a lack of intellect or ability, but rather to a lack of sustained mental effort. They tend to succeed only when the demands are few, highly specific, and immediate, and they often fail to see how their lack of focus impacts others. They may retain and apply some of the essential information delivered if those topics, in some way, have been given extra emphasis (bold print, italics, change in vocal inflection, incentives), paraphrased (often with the use of analogies and anecdotes), made more entertaining, or simply through repetition.

LEVEL 3: SUSTAINED ACTIVE ENGAGEMENT (“Process ALL of the instructions”)

Level 3 thinkers are alert and in the moment. They are urgent without being anxious. They respond well to praise. They are task-oriented self-managers, processing and applying virtually all essential objectives that have been stressed or emphasized. They respond when things are quantified and straightforward. When they experience lapses in concentration, they rebound quickly because they focus on the task at hand and are not distracted by immediate setbacks. Level 3 thinkers tend to do well on multiple choice and objective tests because the options are narrowed and manageable. They often favor TODO lists, and they value rewards, badges, ranks, and other measurable indicators of their success. Level 3 thinking is essential to creating a robust and healthy culture.

Lever 3 thinkers can become overwhelmed, however, if given too much information at once. They tend to be more successful when given a limited number of tasks with short term deadlines. When faced with long-range projects that are larger in scope, they may need help setting smaller, more immediately achievable goals to stay on track and stay motivated.

In rehearsal: LEVEL 3 THINKERS RARELY MISS INSTRUCTIONS, THEREBY CONTRIBUTING POSITIVELY TO THE CULTURE AS WELL AS THE SUCCESS OF THE REHEARSAL.

Level 4 thinkers intentionally apply previous information to the current situation. They connect with quality, and they work to develop and layer skills in pursuit of excellence for its own sake. Thinking and learning are intentional rather than byproducts of external rewards and consequences. As they accumulate knowledge and experience, they draw relationships between what was presented before and its relevance and impact on where things are headed. Though they still value honors and accolades, they don’t require these to find their motivation.

But as knowledge accumulates, so does the possibility of error. Level 4 thinkers take responsibility for their mistakes in anticipation of the satisfaction of overcoming them. This represents a significant change in thinking because it often delays gratification, and that foreshadows vision (a component of Level 7 thinking).

In rehearsal: LEVEL 4 THINKERS INTENTIONALLY APPLY PREVIOUS INFORMATION WITHOUT HAVING TO BE REMINDED.

Lever 5 thinkers are keenly acclimated to a culture of learning. They see themselves as part of a community, and they sense the motives, methods, strengths, and shortcomings of their peers as well as their superiors. They synthesize prior learning with new information and then anticipate what will come next. This engages decision making and can create a feeling of independent ownership as well as partnership in the process. They can withstand inconvenience and short-term failure in favor of an anticipated outcome. Because they are consistently engaged intellectually, Level 5 thinkers may appear reluctant during periods when results are uncertain, when there are breakdowns in procedures, or when things simply aren’t working. They respond when those in charge acknowledge problems and share the rationale driving decision-making because it appeals to their intellect and sense of involvement. Simply stated, Level 5 thinkers are forward thinkers who continuously look for more than just what they’re given.

In rehearsal: LEVEL 5 THINKERS FIGURE OUT WHERE THE TEACHER IS GOING AND WORK TO GET THERE FIRST.

Up to this point, each level of thinking built progressively upon the preceding level. But Level 6 thinking isn’t really a “level” at all because it isn’t sequential and it isn’t necessarily tied to age, experience, or maturity. Adaptive imitation simply means that we imitate what we see, hear, and experience every day, first and foremost for survival, but also as a way of fitting into society.

We all develop into whomever we become through a combination of instinct and imitation. At the earliest, we learn to walk in part because we see others walk, and we imitate. The motivation to walk is tied to the desire for independence. Thus we avoid having to rely on others to provide for us what we might get for ourselves. We learn to speak because we hear others, and we imitate their speech patterns. In this case, the motivation is to further our independence through enhanced self-expression, giving rise to the ability to persuade, argue, demand, appease, relent, and interact more deeply. And we learn where social boundaries are based upon what we observe and how those behaviors are accepted or rejected.

Adaptive imitation is also the foundation of culture. When someone finds himself in a new environment, like when a student moves from junior high band to high school band, he will adopt the behaviors that help him fit in most quickly. He will come to value what earns approval. This is yet another reason why it’s critical that student leaders in music always model enthusiasm, commitment, hard work, excellence, resilience, and respect. These traits cannot be circumvented in the pursuit of excellence. When these traits are widespread and part of the culture, newcomers adopt them as a way of securing their place in the group. By contrast, if they see apathy, complacency, inconsistency, negativity, etc., that’s where they will find their social foothold. This is why Level 3 thinking (rarely missing instructions) is essential because errors become socially acceptable or unacceptable based upon the prevailing attitude.

In rehearsal: LEVEL 6 THINKERS LEARN BY IMITATING OTHERS, BEHAVING IN ACCORDANCE WITH WHAT THEY SEE, HEAR, AND EXPERIENCE EVERY DAY.

Level 7 thinkers are creative. In many ways, they become their own teachers. They are inventive and often discover new ways of approaching whatever they’re doing, sparking their enthusiasm and fueling their resilience. They gain insight previously unrevealed and can consider things from different perspectives. When they work with others, they invent strategies that are unique, spontaneous, and visionary.

Similar to Level 6 thinking, Level 7 isn’t necessarily dependent on moving sequentially through the other levels. There may be flashes of innovation and vision when one experiences “breakthroughs,” and that’s when new possibilities present themselves. Over time those Level 7 flashes become more frequent until they are absorbed into the overall pattern of thinking. Simply put, Level 7 thinkers aren’t limited by what they’ve learned. They are the innovators, the game changers, the influencers.

In rehearsal: LEVEL 7 THINKERS THRIVE ON CREATIVITY AND CHANGE, AND THEY ARE ALERT FOR WAYS TO APPROACH THINGS DIFFERENTLY.

Among our tasks as teachers is to challenge ourselves and our students to operate consistently at the highest level. When we find them slipping into old patterns of thought and behavior, we can use the LEVELS OF THINKING as a way to “dial it up” to a higher level, to the level they will come to expect of themselves through consistent application. When they choose CONSCIOUSLY to adopt the actions of a higher level thinker, the start to BECOME a higher level thinker. By understanding each of the seven levels, both we and our students will improve our own circumstances, and we are better equipped to empathize with others and help them rise to new levels of thinking and to greater success. 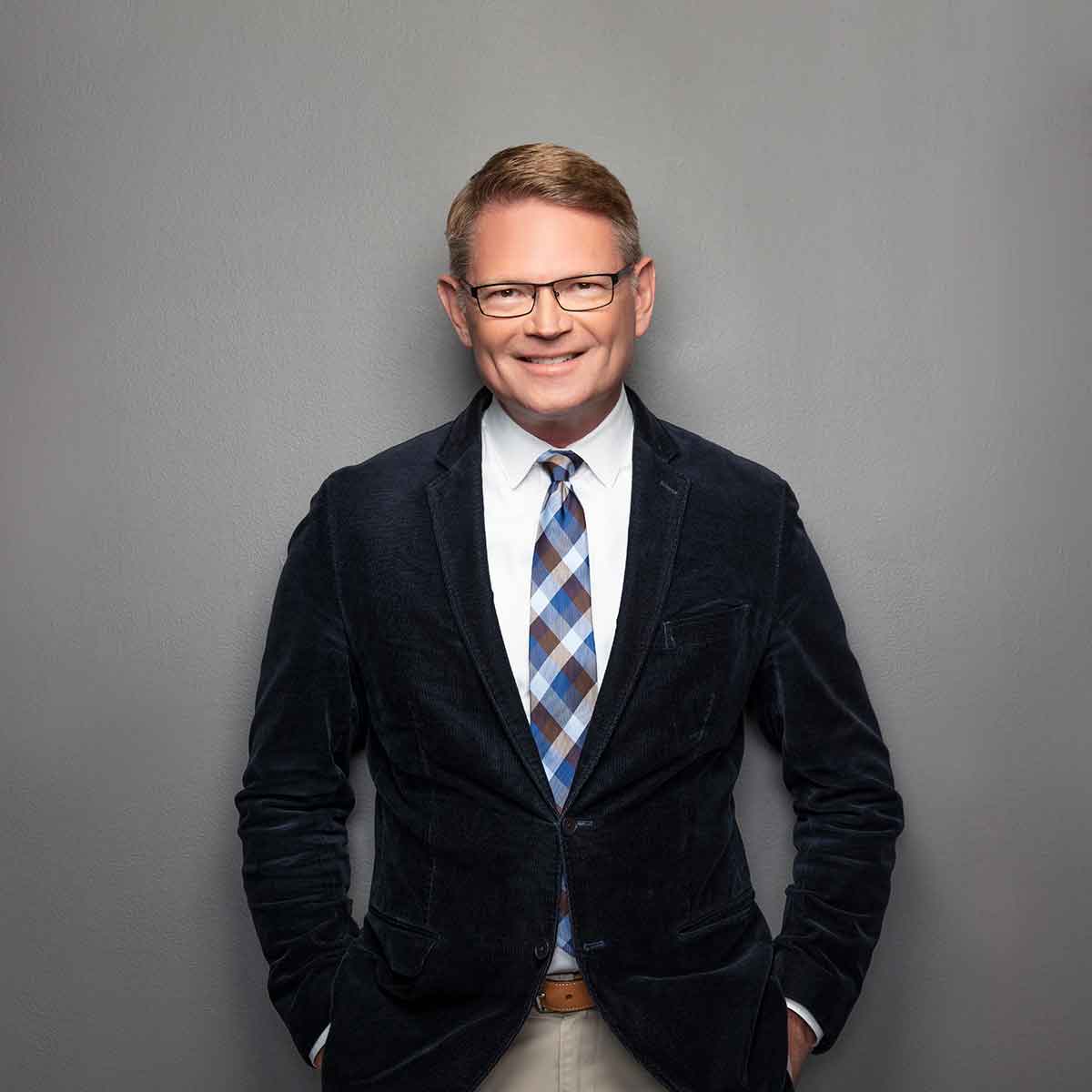